Celebrity Cricket League, as the name sounds that cricket and celebrities entertaining the generations together a single platform. India’s most watched cricket event in which the celebrities from different cinemas and television industry of India.


All the fans across India get passionate by the start of new year as Celebrity Cricket League 2016 approaches by the starting months of new year. This time the celebrity cricket league 2016 season is scheduled to be started from 23rd January, 2016 and will last till 13th February, 2016. 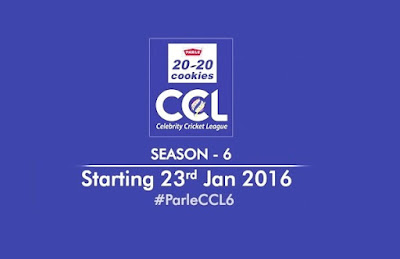 Punjab de Sher is the new and fresh team in the Celebrity Cricket League and that’s why the fans of Punjabi film industry will directly involve in the CCL 2016 promoting their team. The Celebrity Cricket League event is based on T20 format of cricket and it’s genuinely non-professional cricket event and has no deal with the official and professional high profile authorities.
Posted by Sachin Disilva at 12:41